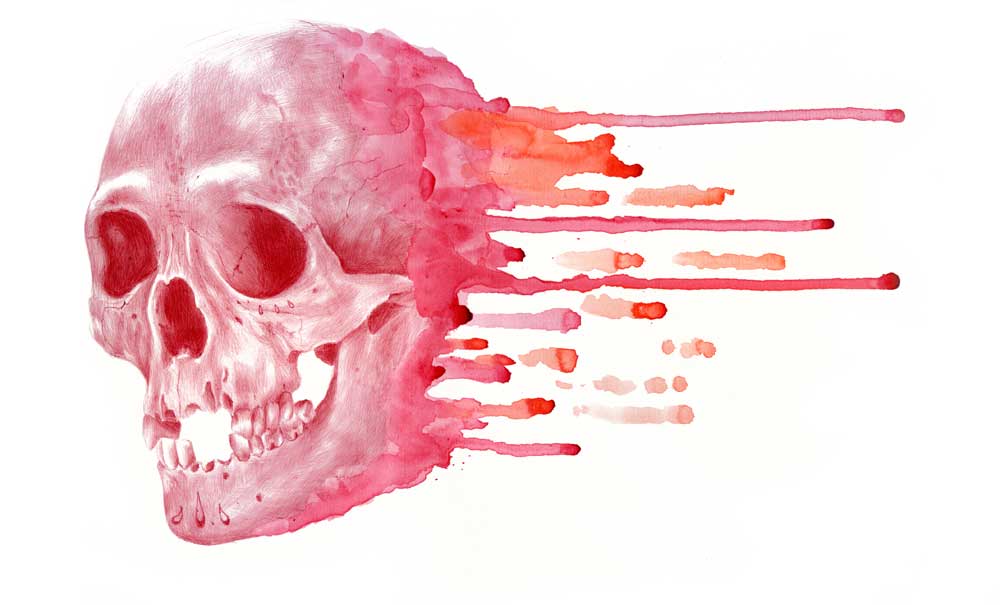 Psychology as we know it is a relatively young science, but since its inception it has helped us to gain a greater understanding of ourselves and our interactions with the world. Many psychological experiments have been valid and ethical, allowing researchers to make new treatments and therapies available, and giving other insights into our motivations and actions. Sadly, others have ended up backfiring horribly — ruining lives and shaming the profession. Here are ten psychological experiments that spiraled out of control.

Prisoners and guards
In 1971, social psychologist Philip Zimbardo set out to interrogate the ways in which people conform to social roles, using a group of male college students to take part in a two-week-long experiment in which they would live as prisoners and guards in a mock prison. However, having selected his test subjects, Zimbardo assigned them their roles without their knowledge, unexpectedly arresting the "prisoners" outside their own homes. The results were disturbing. Ordinary college students turned into viciously sadistic guards or spineless (and increasingly distraught) prisoners, becoming deeply enmeshed within the roles they were playing. After just six days, the distressing reality of this "prison" forced Zimbardo to prematurely end the experiment.

Wendell Johnson, of the University of Iowa, who was behind the study
In this study, conducted in 1939, 22 orphaned children, 10 with stutters, were separated equally into two groups: one with a speech therapist who conducted "positive" therapy by praising the children’s progress and fluency of speech; the other with a speech therapist who openly chastised the children for the slightest mistake. The results showed that the children who had received negative responses were badly affected in terms of their psychological health. Yet more bad news was to come as it was later revealed that some of the children who had previously been unaffected developed speech problems following the experiment. In 2007, six of the orphan children were awarded $925,000 in compensation for emotional damage that the six-month-study had left them with.

Theodore Kaczynski, the Unabomber, also seen top
The CIA performed many unethical experiments into mind control and psychology under the banner of project MK-ULTRA during the 50s and 60s. Theodore Kaczynski, otherwise known as the Unabomber, is reported to have been a test subject in the CIA's disturbing experiments, which may have contributed to his mental instability. In another case, the administration of LSD to US Army biological weapons expert Frank Olson is thought to have sparked a crisis of conscience, inspiring him to tell the world about his research. Instead, Olson is said to have committed suicide, jumping from a thirteenth-story hotel room window, although there is strong evidence that he was murdered. This doesn't even touch on the long-term psychological damage other test subjects are likely to have suffered.

In 1962, Warren Thomas, the director of Lincoln Park Zoo in Oklahoma City, injected an elephant named Tusko with 3,000 times the typical human dose of LSD. It was an attempt to make his mark on the scientific community by determining whether the drug could induce "musth" — the aggressiveness and high hormone levels that male elephants experience periodically. The only contribution Thomas made was to create a public relations disaster as Tusko died almost immediately after collapsing and going into convulsions.

The Milgram Experiment underway
In 1963, in the wake of the atrocities of the Holocaust, Stanley Milgram set out to test the hypothesis that there was something special about the German people that had allowed them to participate in genocide. Under the pretense of an experiment into human learning, Milgram asked normal members of the public to ask questions to a man attached to an electric-shock generator and shock him in increasing measure when he answered incorrectly. The man was an actor, the shocks fake; but the participants didn’t know this. The terrifying part? People overwhelmingly obeyed the commands of the experimenter, even when the man screamed in apparent agony and begged for mercy. A little evil in all of us, perhaps?

Many medicated schizophrenics enrolled in a University of California study that required them to stop taking their medication in a program that started in 1983. The study was meant to give information that would allow doctors to better treat schizophrenia, but rather it messed up the lives of many of the test subjects, 90% of whom relapsed into episodes of mental illness. One participant, Tony LaMadrid, leaped to his death from a rooftop six years after first enrolling in the study.

A rhesus monkey infant in one of Harlow's isolation chambers
Psychologist Harry Harlow was obsessed with the concept of love, but rather than writing poems or love songs, he performed sick, twisted experiments on monkeys during the 1970s. One of his experiments revolved around confining the monkeys in total isolation in an apparatus he called the "well of despair” (a featureless, empty chamber depriving the animal of any stimulus or socialization) — which resulted in his subjects going insane and even starving themselves to death in two cases. Harlow ignored the criticism of his colleagues, and is quoted as saying, “How could you love monkeys?” The last laugh was on him, however, as his horrific treatment of his subjects is acknowledged as being a driving force behind the development of the animal rights movement and the end of such cruel experiments.

Running along a similar theme similar to the Milgram experiment, The Third Wave, carried out in 1967, was an experiment that set out to explore the ways in which even democratic societies can become infiltrated by the appeal of fascism. Using a class of high school students, the experimenter created a system whereby some students were considered members of a prestigious order. The students showed increased motivation to learn, yet, more worryingly, became eager to get on board with malevolent practices, such as excluding and ostracizing non-members from the class. Even more scarily, this behavior was gleefully continued outside of the classroom. After just four days, the experiment was considered to be slipping out of control and was ceased.

In the 1960s homosexuality was frequently depicted as a mental illness, with many individuals seeking (voluntarily or otherwise) a way to "cure" themselves of their sexual attraction to members of the same sex. Experimental therapies at the time included aversion therapy — where homosexual images were paired with such things as electric shocks and injections that caused vomiting. The thought was that the patient would associate pain with homosexuality. Rather than "curing" homosexuality, these experiments profoundly psychologically damaged the patients, with at least one man dying from the “treatment” he received, after he went into a coma.

David Reimer
In 1966, when David Reimer was 8 months old, his circumcision was botched and he lost his penis to burns. Psychologist John Money suggested that baby David be given a sex change. The parents agreed, but what they didn’t know was that Money secretly wanted to use David as part of an experiment to prove his views that gender identity was not inborn, but rather determined by nature and upbringing. David was renamed Brenda, surgically altered to have a vagina, and given hormonal supplements — but tragically the experiment backfired. "Brenda" acted like a stereotypical boy throughout childhood, and the Reimer family began to fall apart. At 14, Brenda was told the truth, and decided to go back to being David. He committed suicide at the age of 38.