The 5 Best Cases of Religious Schadenfreude

Schadenfreude isn’t even the best word to describe what you feel when you hear about cases like these. It’s a very specific kind of schadenfreude: one where you know that the subject’s irrational beliefs somehow shaped their own downfall, so that their own life becomes a case study against the very worldview they had adopted. We’re all happy that Hitler killed himself in the end, but how much sweeter would it have been if rumors of him being part Jewish had sent him to his own gas chambers? Clearly, that would have been awesome. So let’s look at some cases like that.

Paul Ingram was a chief civil deputy of the Olympia, Washington’s sheriff’s office and the Chairman of the local Republican Party. He was also a fundamentalist Christian, and one day one of his daughters returned from a church “retreat” with “recovered memories” of Satanic ritual abuse by, among others, her father.
This was in the late 1980s, during the height of the “Satanic panic,” when stories like Ingram’s were about as common as stories of Mexicans invading Texas ranches are today. When the accused denied any such abuse, the accusers would claim that the abuser was repressing their own memories just as the victim had. That would mean that it’s time for a “therapy” session so that the accused could recover their memories and confess. On the other hand, if the accused confessed immediately, they were also seen as guilty. Much like the old witch hunts from centuries ago, all accused were presumed guilty and there was no way for them to prove their innocence.
Since Ingram was generally supportive of this idea that there were rings of Satanic cults raping and torturing their own children, he was open to the idea that he himself had been involved but had suppressed his memories. His pastor and a court-appointed “therapist” supported this hypothesis and kept him in the dark when skeptical investigators challenged the accusations.

Ingram acquired a Christian attorney with limited experience in criminal law, who let Ingram plead guilty. Pretty much immediately after being sentenced, the reality of his situation started to dawn on him and he tried to withdraw his guilty plea with the aid of a legitimate law firm. The motion was denied, and Ingram went to prison. He remained there for the next 15 years and was released in 2003. Further details of the case are available here.

Kent “Dr. Dino” Hovind is primarily known as a Young Earth Creationist (YEC), but he believes just about any crazy ideas he hears about. Even as YECs go, Hovind’s the worst of the worst. Exhibit A: Answers in Genesis has a list of arguments they wish other YECs would stop using because they’re so easy to refute that even my old friend Ken Ham is embarrassed by them. Most of them were and still are old favorites of “Dr. Dino,” so he responded to what he saw as AIG’s unreasonable attempt at quality control (an “overreaction”) with a long, psychotic rant (deleted from his site but archived here), buffered with his customers’ testimonials of his “integrity.”
Here he is with Sasha Baren Cohen on his Ali G Show, doing his standard creationist shtick.


And if you’re on a road trip, or have a few hours to kill, you really have to listen to this hilarious debate on the Infidel Guy show between Hovind and Dr. Massimo Pigliucci.
But you miss out on the whole picture here unless you take into account some of Hovind’s other lesser-known beliefs. Hovind’s also a rabid conspiracy theorist. And when you think about it, this is pretty much necessary for creationists as well as any other science deniers. There would have to be a vast conspiracy afoot for evolution to be both false and widely accepted by the vast majority of scientists in relevant fields. And when you give credibility to the idea that most scientists are lying about their work in order to promote what Hovind sees as their religion, it’s not too much of a stretch to apply that same paranoid approach to politics.
So for example, Hovind believes that flu vaccines are a plot to make people dependent on the government. And it’s not just any government, but a “one world government” (as opposed to a multiple worlds government, I guess). And this “one world government” is going to be run by Freemasons and Catholics and Muslims and Jews. Also the trails that airplanes leave are really made of poisonous chemicals to kill most of the global population, but somehow magically spare the lives of the “one world government” conspirators.
I could go on in this vein for a while, but I’ll spare the reader and cut straight to the most relevant of Hovind’s conspiracy theories – you don’t have to pay taxes! See, the Bible doesn’t say anything about a federal income tax. It just says that you have to render unto Caesar that which is Caeser’s. But Caesar has been dead for thousands of years, so that is just ancient history. How could Kent Hovind pay Caesar? He couldn’t, that’s how.

In January of 2007, Hovind began serving a ten year sentence after being convicted on 58 counts of federal crimes. He remains in prison today, where he writes e-mail to God and whines about what he perceives as his own martyrdom. Unlike Paul Ingram, Hovind remains committed to the same worldview which has caused him so much harm.
He cried like a little baby at his sentencing, begging that he be allowed to “just go home” and to have his friends pay his back taxes so he could continue preaching. The courts were having none of it, and they rejected all of his appeals – probably because they were the ravings of a deranged lunatic. Later his property at the Dinosaur Adventure Land – Hovind’s lame attempt at a creationist Disneyworld in Pensacola – was confiscated by federal authorities. Hovind is scheduled to be released in 2015.

So this is the Mormon guy. You probably already know the story of the magical stones and the golden tablets and how he met an angel while meditating on a mountaintop and all that Lord of the Rings crap. What you might not know is that starting a weird cult like the LDS Church took a few trial runs before it all really took hold in Utah.
Joseph Smith never even made it to Utah. It was his successor, Brigham Young, who had established Utah as home of the Mormons. While Smith was in charge, the LDS Church was a roving band of wanderers who tried settling every now and then until they were driven out by the local communities. Smith took his snake oil show on the road from Palmyra, NY to Ohio to Missouri to Illinois, each time declaring that the new Mormon home was some kind of holy land. And each time they had to leave it was because their beliefs were just too fucking crazy for words.

By the time Smith made it to Illinois, his ego was getting to be a liability. He became the mayor of a small town and took charge of a militia, which he then used to try to suppress a local newspaper which printed things the LDS Church did not like. Since he had to worry about that pesky First Amendment, the governor of Illionois at the time came after Smith and put him in jail.
While awaiting trial, Smith’s followers attempted a jailbreak. They sneaked a gun into prison and Smith tried to shoot his way out. This turned out to be a bad idea, even for the mid 19th century. He was shot and killed during the escape attempt. 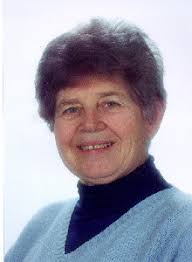 Clark had her problems with the Federal Trade Commission and the Food & Drug Administration, as well as local authorities for practicing medicine without a license; but as you can probably tell from the use of past tense in this section, the real hilarity was when she died. Of cancer – which, if you remember from the above is something she claimed she could cure.

This one is easily my favorite, and the simplest. Kondaiah was a “holy man” in India who claimed to have a magical leg. He claimed it had “healing power.” He also made claims to be able to predict the future, but the article’s not exactly clear on whether or not that power came from his leg.

Some enterprising folks asked themselves why they should pay to make wishes on a holy man’s leg when they can amputate it for free. And so that’s what they did. First they got him drunk. Then he passed out. Then the two men hacked off his leg with a hunting knife and hauled it off. Hilarity ensued.
Posted by mustaffa at 10:11 PM