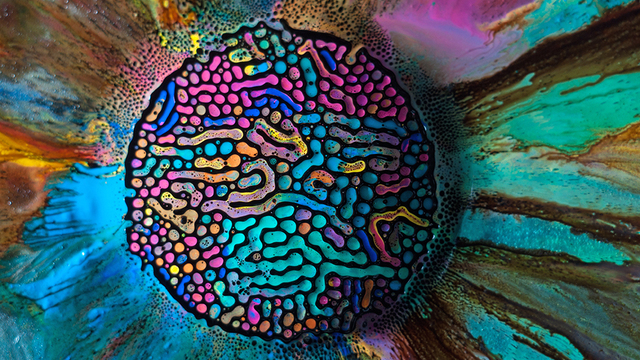 A ferrofluid is a magnetized liquid that creates all manner of bizarre patterns that look like the surface of a distant planet’s moon. Because of that, they’ve been featured in a ton of videos and artworks lately, but so far these have mainly been black and white, with maybe some silver thrown in to add a bit of pizzaz. But photographer Fabian Oefner is breaking with this monochromatic tradition by throwing water colors into the mix and bringing in some much-needed luminosity in his series Millefiori.
Oefner’s alchemical magic is created by mixing a ferrofluid with water colors in a magnetic field. The field causes the iron particles in the ferrofluid to lose their minds and start to rearrange themselves to form the black channels you see below, while the colors are injected into it using a syringe. The result is these technicolor, eye candy images, which feature chromatic channels that look like the Google Maps of planet psychedelia or the dissected brain of the Cat in the Hat. Do your eyes a favor and take a look below. 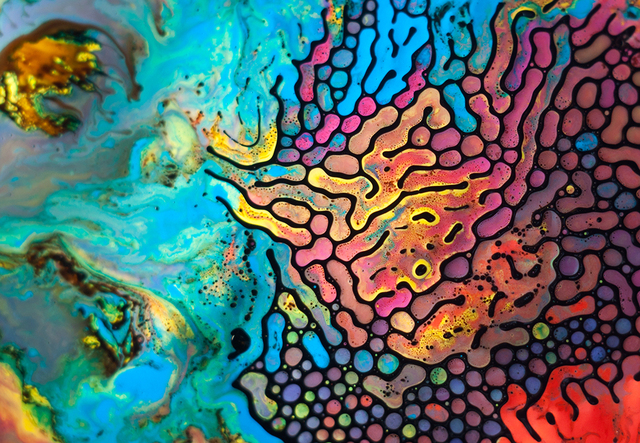 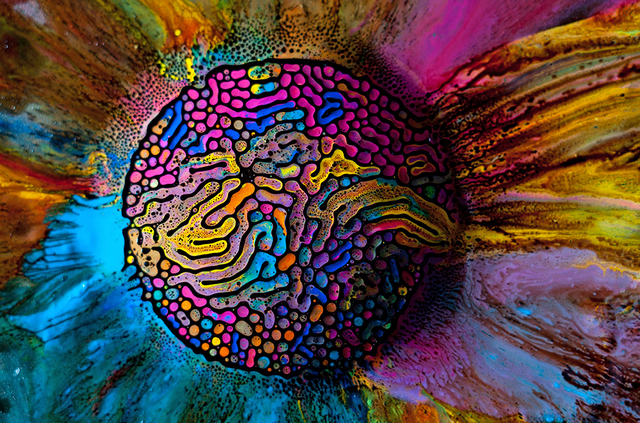 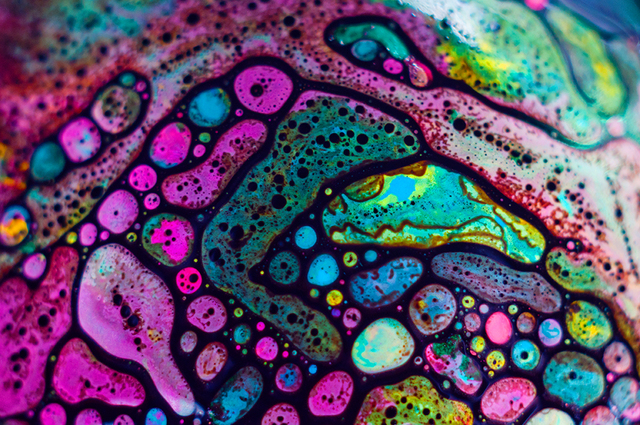 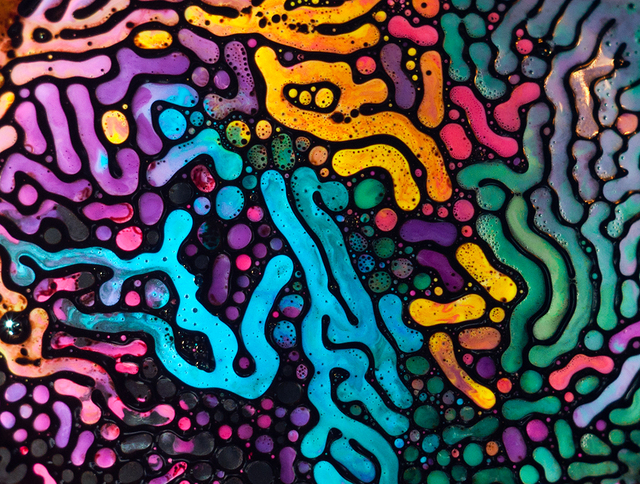 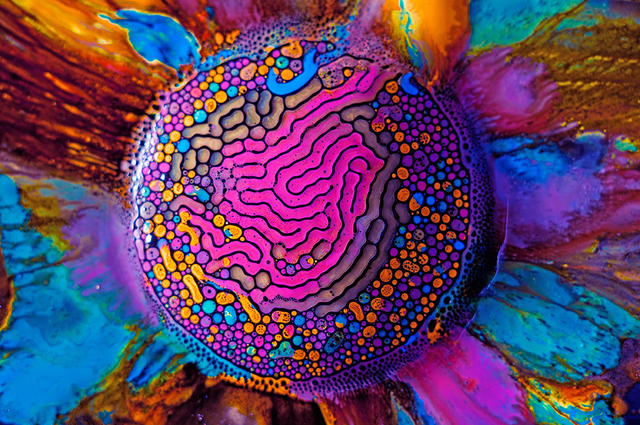